The wicked problem of climate change continues. And so does our blog series about it.

We promised last time, after explaining how carbon emissions are related to the devastating effects of climate change, that we will present the findings of our most recent batch of learners regarding said emissions in the Philippines and other parts of Southeast Asia.

The best education always combines the skills learned and the real world application for these skills. As James Levi Oane, one of our Data Analytics Bootcamp learners who was a part of the group that analyzed the Philippines' carbon emissions data shared, “...[the sprint] taught me how valuable data is in providing effective solutions that can benefit everyone. It also emphasized what a data analyst should be; someone who’s able to see past the data and the people behind it.”

Without further ado, let’s have a look at which countries in this part of the world got high marks and which ones struggled with controlling their carbon emissions. The data that our Data Analytics Bootcamp learners used to present their findings mostly came from the World Bank and Our World in Data.

The story of the haves and have nots is as true for individuals as it is for countries. And the narrative has a bearing on carbon emissions and consequently, climate change.

In many of our learners’ findings, through the power of Power BI visualization and storytelling, a higher gross domestic product (or GDP, a measure of a country’s total income per year) generally leads to higher carbon emissions*. An easy to understand example to illustrate this is the fact that the more a steel factory produces, the higher the GDP in general since more steel can be used to make products like cars and other machines. If a steel factory emits carbon gases, then it is clear that to produce more steel for higher GDP will require higher carbon emissions.

The Myanmar Group of the current cohort of our Data Analytics Bootcamp has highlighted the fact that though the country generally emits less than most of its Southeast Asian neighbors, it is not as wealthy as many of its counterparts. In fact, most of Myanmar’s emissions come from creating farmland through the burning of forests. Only a small percent of emissions comes from energy and industry, as can be seen in the photo below. 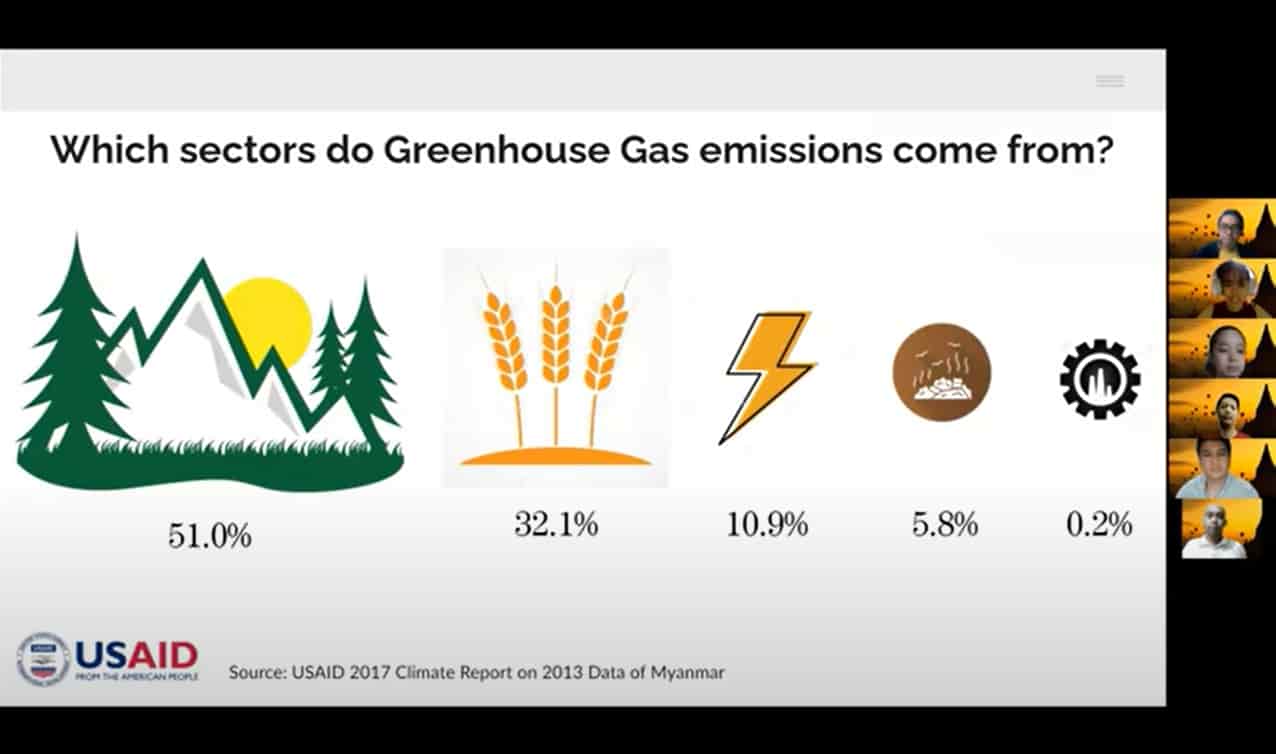 In short, Myanmar does not pollute too much simply because it is not as industrialized as its neighbors. Hence, its low GDP.

At any rate, the Myanmar Group recommended in their presentation that creating laws that protect forests and replacing fossil-fuel burning plants with renewable energy sources can help the country reduce its carbon emissions.

*Due to time constraints, correlation values were not generated. This statement is based on domain research.

A Tale of Two Asias: Both Middle Income, But Have High Emissions

On the other hand, Vietnam and the Philippines are almost in the same league when it comes to economics and the thorny issue of emissions.

The Vietnam Group has highlighted in its findings the similarity between the two Southeast Asian countries in terms of carbon emissions and economic level. Both the Philippines and Vietnam have contributed around 43 to 46% of the emissions of lower middle income countries in Southeast Asia. Both of these nations have also been among the top 5 top emitters in the region.

Aside from this, both Vietnam and the Philippines have recently seen a rise in carbon emissions due to increasing economic development (following the general trend that the higher the GDP, the higher the emissions). The Vietnam Group of our Data Analytics Bootcamp mentioned that oil and coal are among the highest contributors for both Vietnam and the Philippines in terms of emissions from energy production. The only reason why Vietnam is higher than the Philippines in terms of amount of emissions is because Vietnam produces more power from coal due to its higher electrification rate. 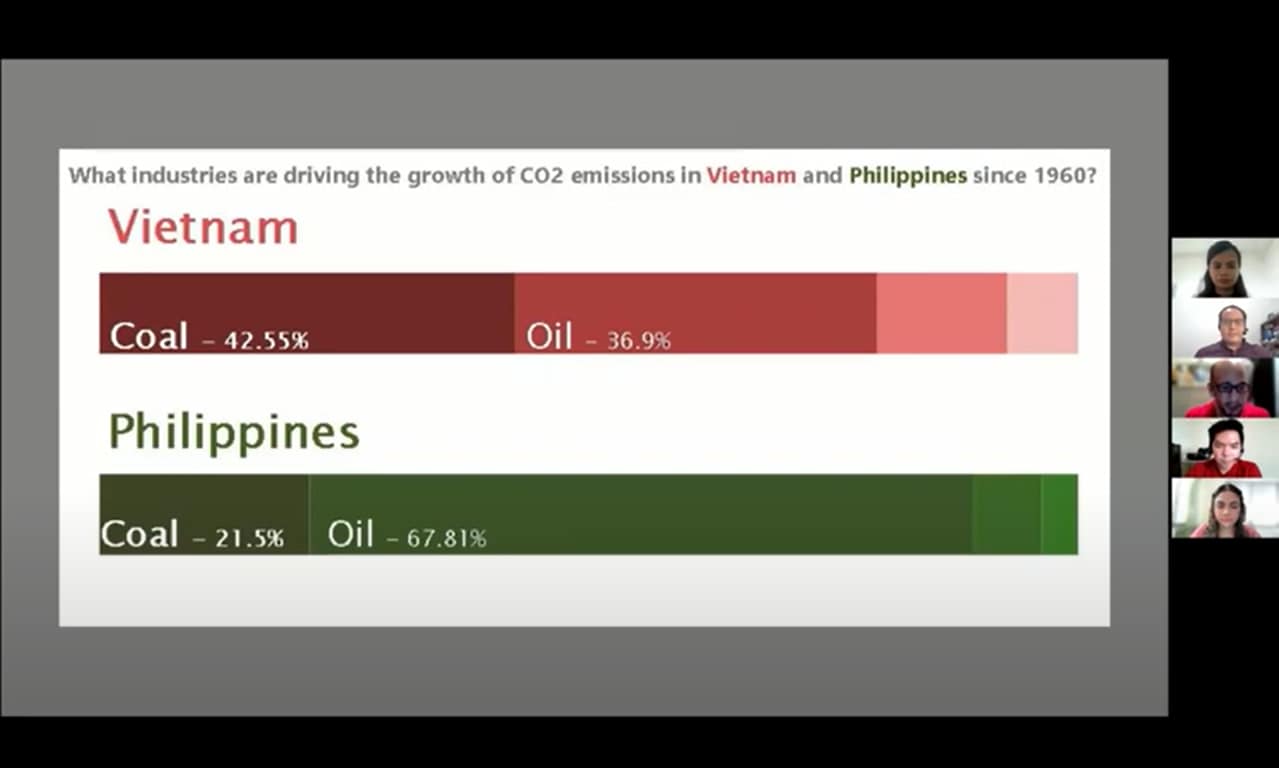 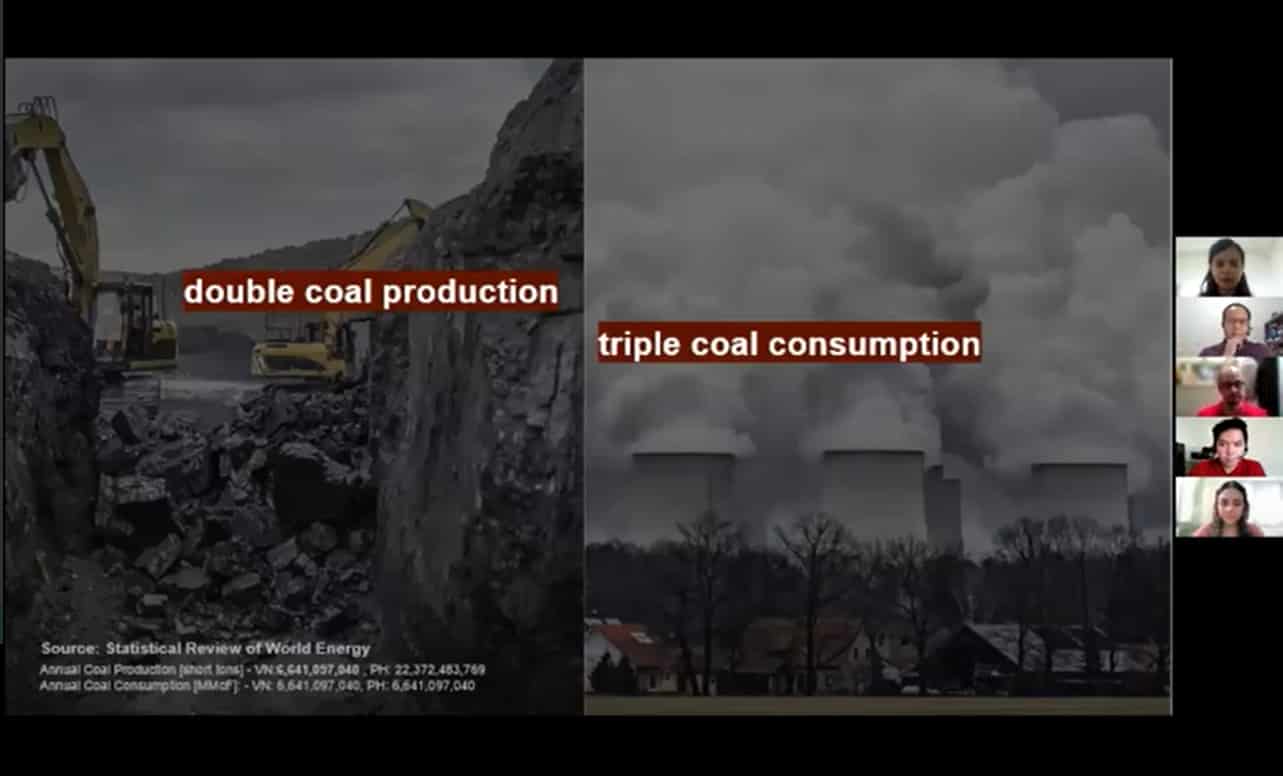 For recommendations, both our groups for Vietnam and the Philippines wanted their countries to invest more in renewable energy (RE) instead of coal. The percentage of renewable energy like solar or wind power in Vietnam’s energy mix is around 35%. On the other hand, the Philippines derives around 23% of its power from RE. In fact, the Philippines saw a decline in dependence on RE, as seen in the screenshot from our DAB learners’ report below. Had this decline not happened, both countries would have had the same proportion of renewable sources in the energy mix. 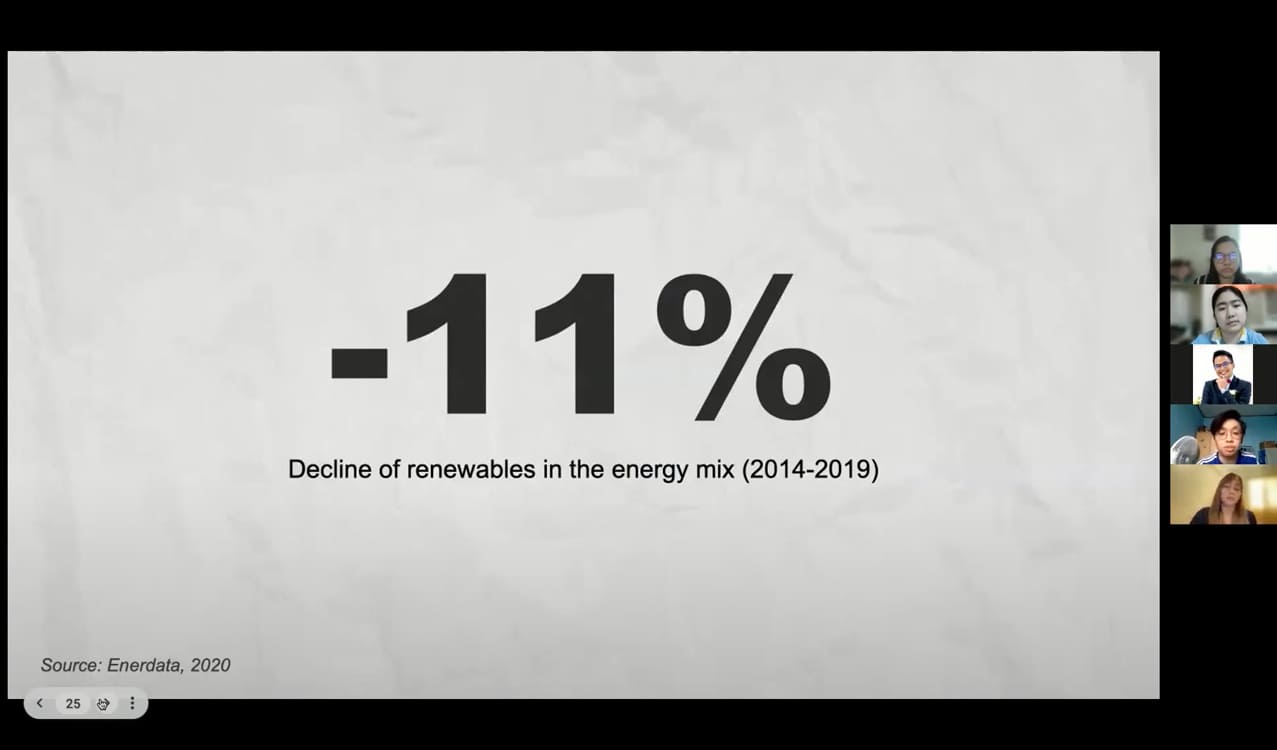 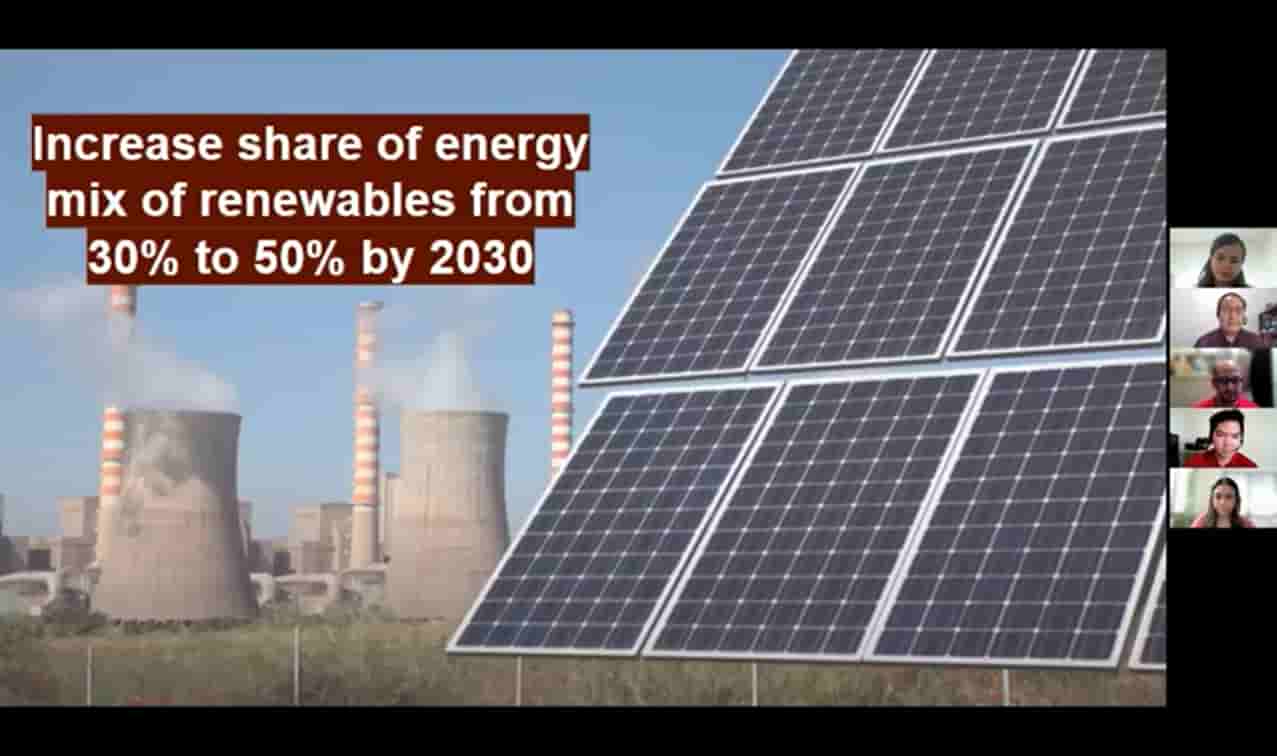 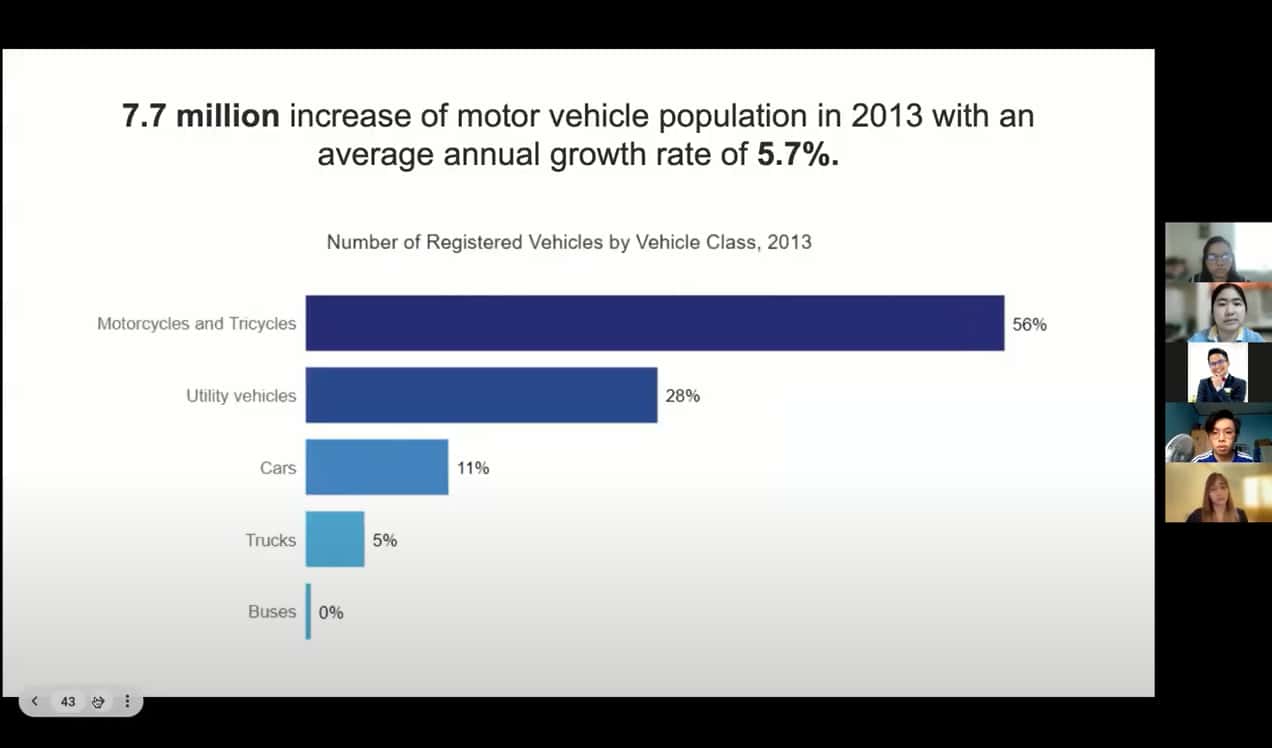 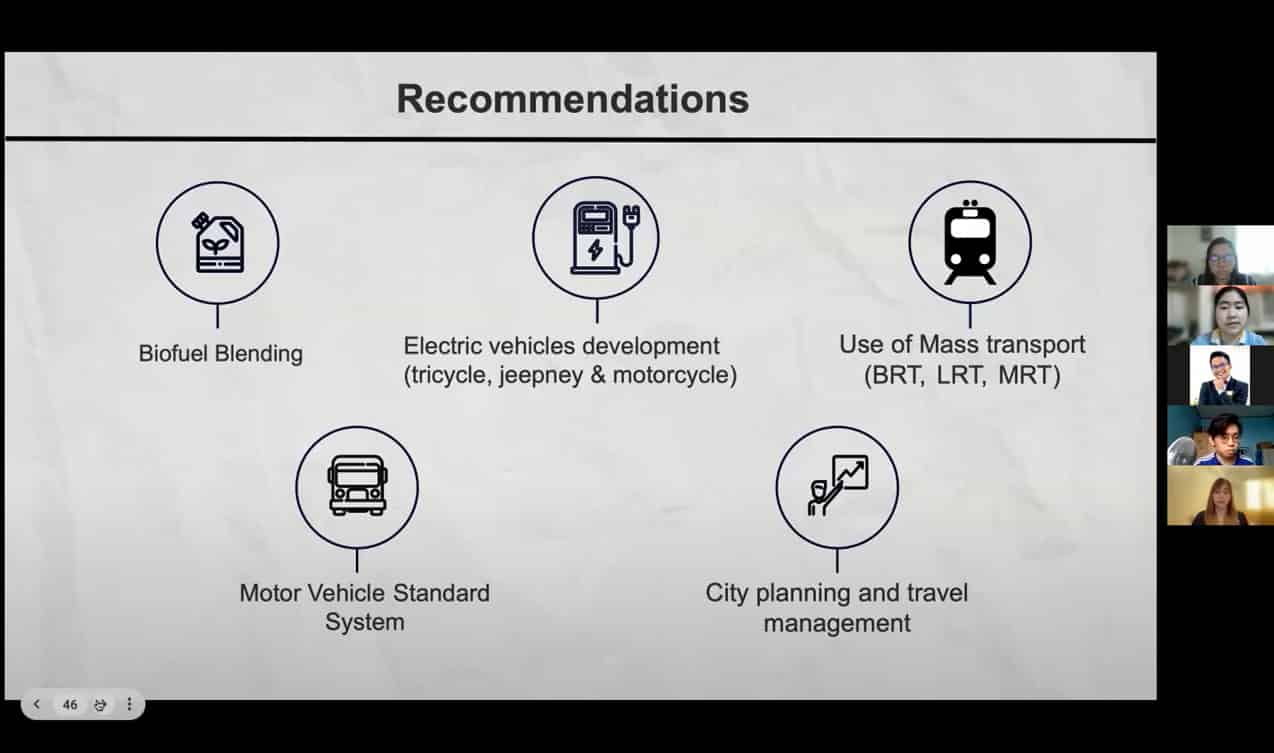 The group members of our learners who represented Vietnam and the Philippines garnered a lot of insights that can mostly be applied in both countries due to their similar energy and economic profiles.

The irony of the Philippine-Vietnamese emissions situation is that the two countries would be most at risk if carbon emissions are not controlled.

Both the Vietnam and Philippine groups of our DAB learners have highlighted how exposed to natural disasters both countries would be if there were no effective ways to control said emissions. As many experts indicate, global warming - which is linked to carbon emissions- has led to devastating floods and droughts in many countries. The group of our DAB learners representing Vietnam mentioned the fact that, according to the UN Intergovernmental Panel on Climate Change, that the country is sinking by around 80 mm per year due to floods. According to the group, the rise in sea levels caused by rains can also potentially reduce Vietnam’s rice output by around 400,000 tons annually due to lost farmland. 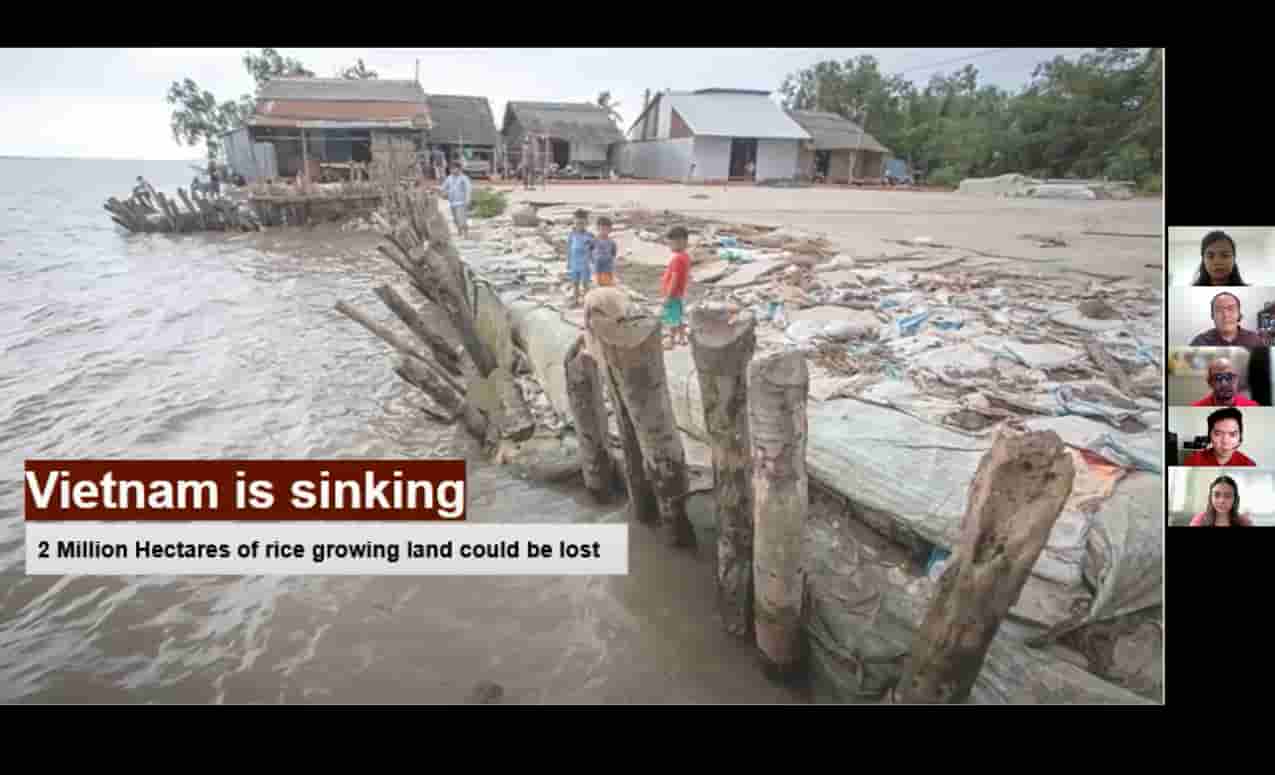 The Philippines, on the other hand, is also not in the safe zone in terms of climate change. The group representing the country indicated in its report that the Philippines has the highest mortality risk due to natural disasters in Southeast Asia. In fact, the data below provided by the World Bank in 2005 shows that Vietnam is a close second in terms of risk.

In short, Vietnam and the Philippines have to work harder to curb emissions since they are the ones who are most vulnerable. But the steep mountain they are climbing to control carbon emissions can be made easier to climb through the recommendations of our DAB learners.

Perhaps one of the most striking illustrations of how GDP is directly related to emissions is best exemplified by Indonesia.

The group of our Data Analytics Bootcamp learners who reported about this country mentions that Indonesia is part of the G20, a group of developing industrialized countries (as seen from a screenshot of the learners’ Zoom presentation below). This powerhouse group of nations include economic heavyweights like the United States, the United Kingdom, and Canada. 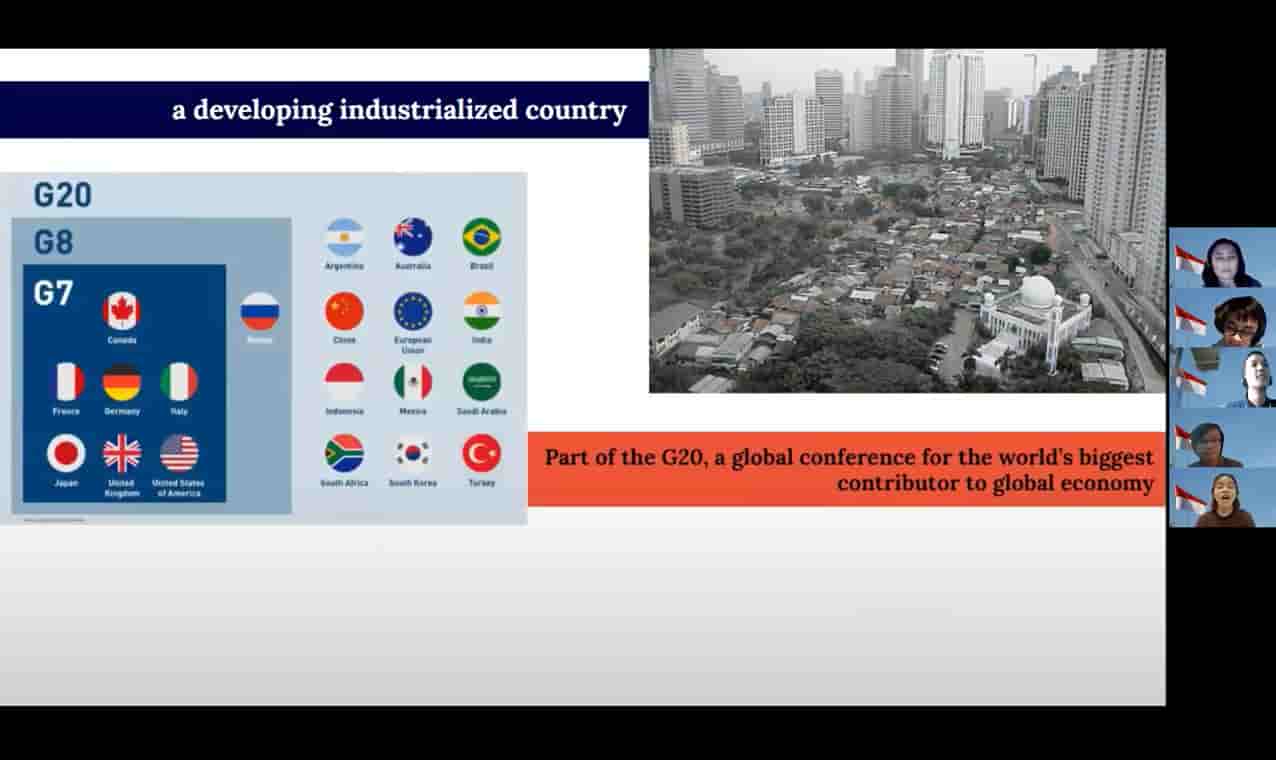 Though oil is the predominant culprit in Indonesia’s carbon emissions, its use of coal comes in a close second and is even exported to other countries. The screenshots below from our DAB learners’ report indicates the value of coal in Indonesia’s export business and its energy mix. 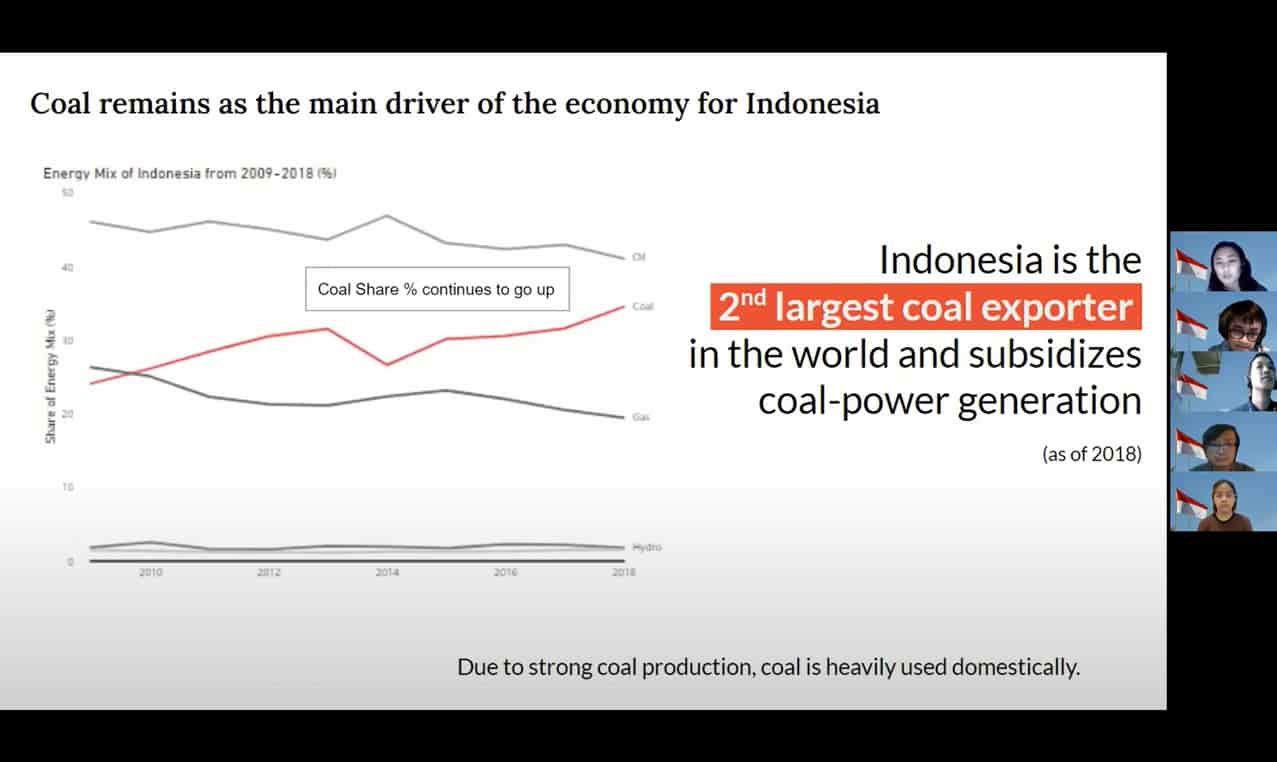 The industrialization of Indonesia also comes at a price in the form of its minimal dependence on renewable energy (RE). According to the Power BI visualization in our learners’ reports below, only about 3% of Indonesia’s energy needs are met by renewable sources. 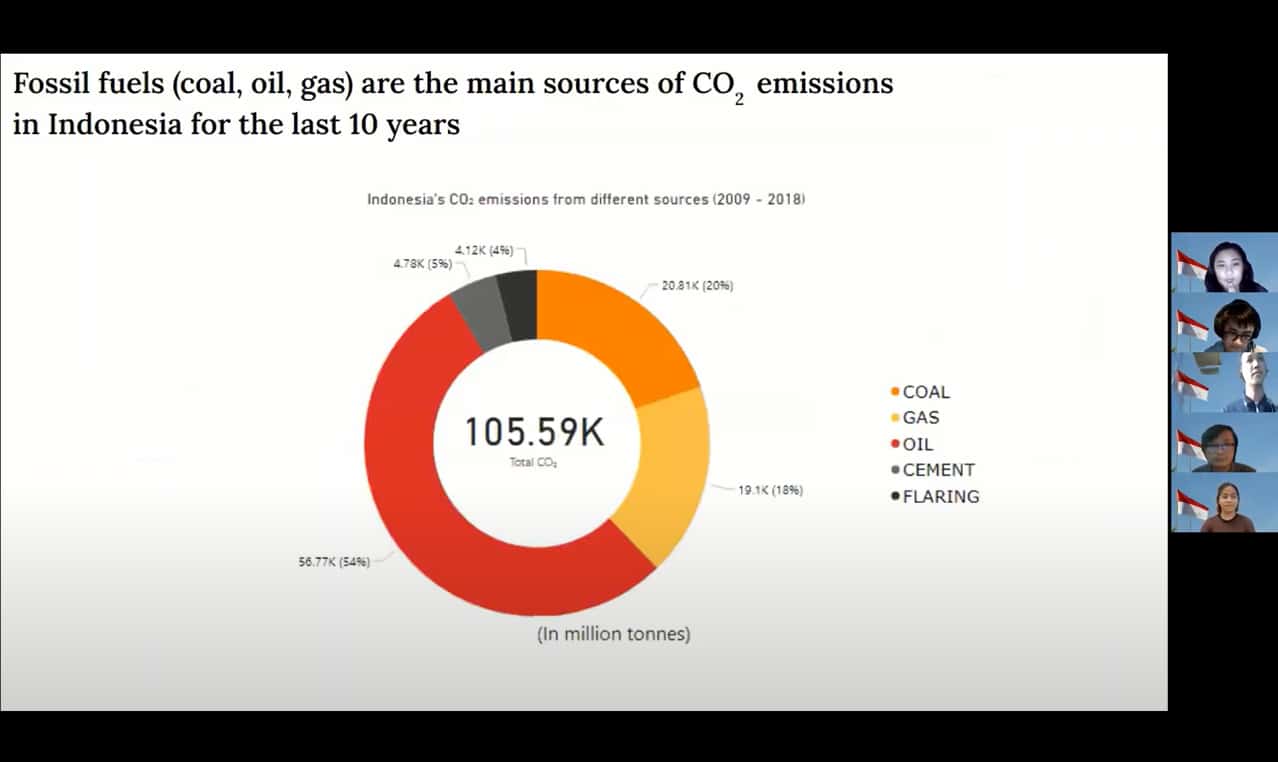 One of the recommendations the Indonesia Group came up with to minimize its country’s emissions is also the use of renewable energy to replace coal. But the value added by the group is backing that recommendation with solid data. The group highlights that, according to Lazard (2018), solar energy has become cheaper than coal in terms of global statistics like the total cost of ownership (TCO) and system production over its lifetime (SPOL). Based on the screenshot of the group’s presentation below, TCO is basically the dollar cost of building RE plants like solar panels or windmills and the SPOL is the total power produced by an RE facility over its lifetime.

The cases of Thailand, Malaysia bear witness to the fact that decent carbon emissions figures can be achieved despite high economic output in terms of gross domestic product or GDP.

Our DAB learners who reported on these three countries mention that all three countries are also primarily dependent on oil and gas, and thus their emissions also come from these fuels. Despite the seemingly ordinary energy mix narrative of these countries, they have one major difference: Compared to their other Southeast Asian neighbors, they are able to reach high economic output without releasing too much carbon-based gases.

A striking illustration of how Thailand and Malaysia is able to do this is in the way both their economies grew to about the same level while both leaving the same carbon footprint. One of the ways our learners measure carbon footprint to compare two countries is through the use of a statistical figure called carbon emissions per capita. This figure simply means the total amount of emissions released by a country divided by its population. This is one way of saying how much carbon emissions a Thai or Malaysian citizen releases on average.

A smaller carbon emissions per capita means a nation efficiently produces energy without releasing too much carbon gases in the atmosphere.

From the presentation of the Thailand Group, we can see that the carbon emissions per capita of both Thailand and Malaysia are equal despite the fact that the wealth of both countries significantly increased. 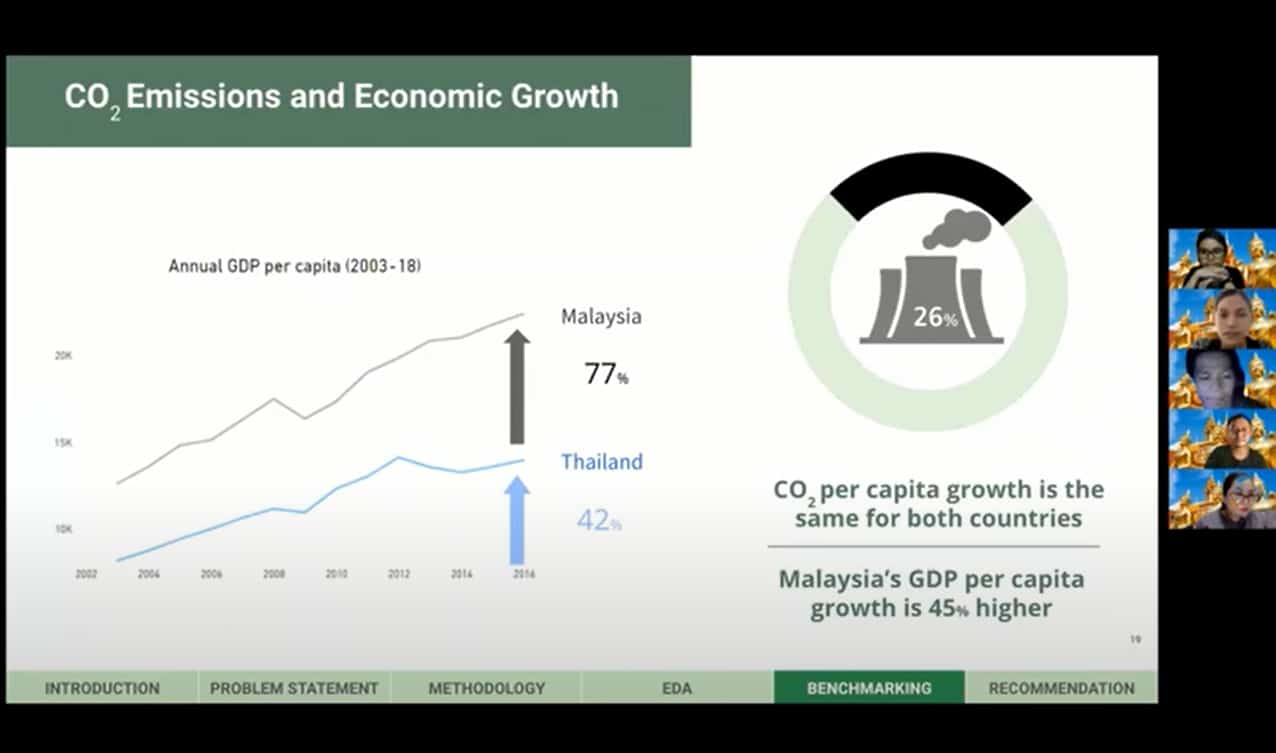 Singapore, on the other hand, is in a class of its own. Though its GDP output is less than Thailand and Malaysia, it is considered one of the world’s most developed and prosperous economies.

And Singapore was able to become developed while releasing the least amount of carbon gases. This defies the common narrative that development leads to higher emissions.

As can be seen from the screenshot of our Singapore Group of learners below, from the period of 2008 to 2018, Singapore’s carbon emissions per capita remained far below the Southeast Asian average (Singapore is the orange line while the broken line is the regional emissions average). 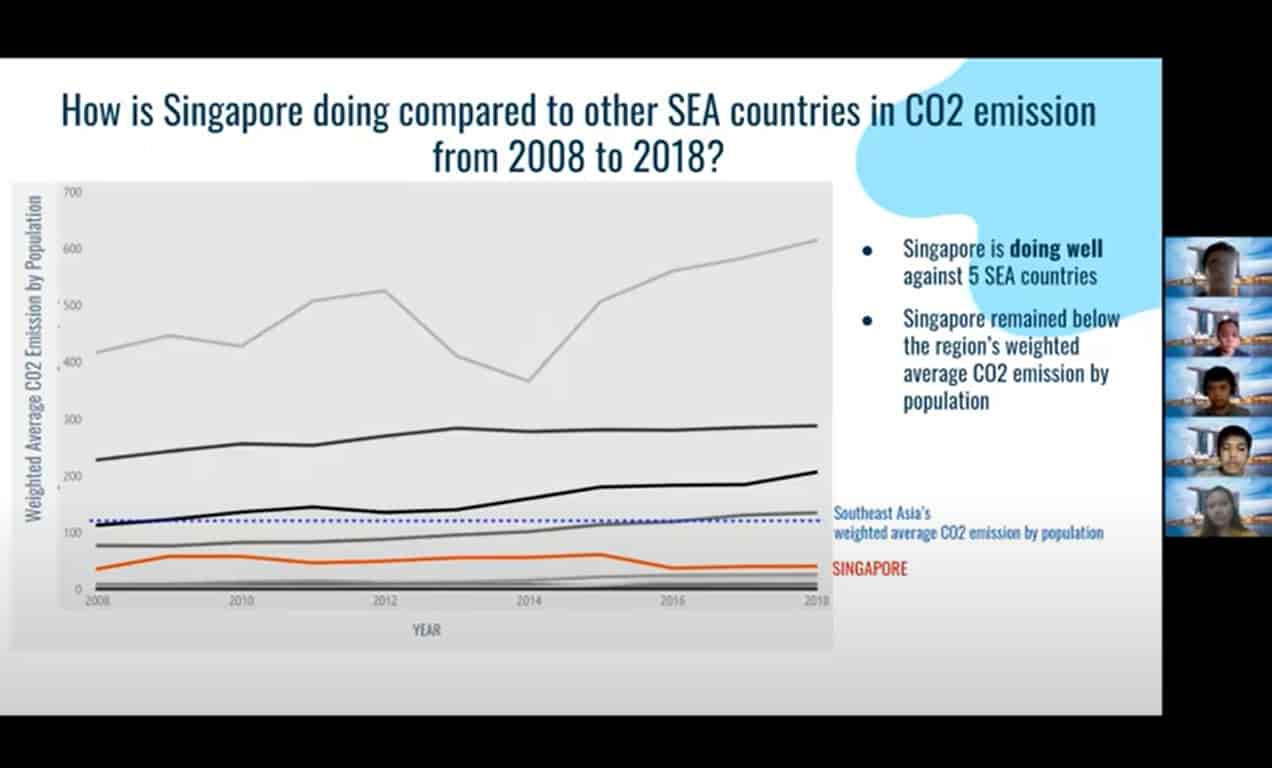 In conclusion, Singapore, Thailand, and Malaysia take center stage in Southeast Asia when it comes to balancing economic development with carbon emissions.